Article
17:24
All insights
Rearmament of Germany? Militarisation Without Strategy

It remains a mystery to the public how the government will carry out the rearmament, how it will affect the German military-industrial complex and what kind of equipment will be purchased from partners. The Chancellor’s silence irritates voters: already more than 60% of Germans consider Scholz to be an insufficient leader.

What global role does Germany play? It is the fourth-largest economy in the world, which is behind only China and the United States in terms of exports of goods. It’s also the undisputed leader and locomotive of the EU, which brought the Union out of the debt crisis in 2010, bore the brunt of the migration crisis in 2015, and formed a compromise programme for member countries to overcome the pandemic in 2020.

Nevertheless, in recent years it has become increasingly clear that Germany as a strong power is underdeveloped in terms of its economy and regional political leadership, and the importance of the military factor is decreasing. When Spiegel asked Chancellor Olaf Scholz “Are you a pacifist?”, he immediately answered “No” and added that in the modern world it is necessary to ensure one’s own security and have sufficient defence capabilities. Former foreign minister and leader of the Greens Joschka Fischer, who supported the 1999 bombing of Yugoslavia, has been urging Germany over the past few years to “abandon instinctive pacifism”.

However, can Germany afford an active military strategy? According to the statement of ground forces inspector Alfons Mais, “the Bundeswehr is virtually helpless”. The December report of the Ministry of Defence states that only 70% of aircraft and 40% of helicopters were combat-ready. The low efficiency of the Ministry of Defence, and the modest results of the reform of the Bundeswehr, which has been going on for more than 10 years, as well as the poor equipment of military personnel are perennial headline topics in the German media.

Fuel has been added to the fire by Germany’s failed military missions abroad. In 2021, after the withdrawal of American troops from Afghanistan, the Bundeswehr was unable to continue the operation on its own, was forced to end it immediately and encountered difficulties in the evacuation of military personnel. During the withdrawal of the French contingent from Mali, it became clear that the Bundeswehr is operating in Africa in a similar way that it did in Afghanistan.

Until recent months, Berlin did not consider the military as a separate area of ​​​​policy, and the Bundeswehr regularly fell under the influence of other domestic political issues. When far-right movements intensified in Germany against the backdrop of the migration crisis, neo-Nazi groups began to be sought out in the Bundeswehr. As part of an active gender policy, the Department of Defence tried to increase the proportion of women in the armed forces. “The Bundeswehr is a domestic political project with a foreign policy dimension,” says historian Sönke Neitzel.

It seemed that everything could change in the wake of February 24. Two days following the initiation of Russia’s operation in Ukraine, in an emotional speech to the Bundestag, Chancellor Olaf Scholz announced a “turning point” in German security policy; he promised to raise military spending to at least 2% of GDP and create a 100 billion euro defence fund. The ratings of Scholz and his Social Democratic Party soared. The Chancellor’s popularity was confirmed by the victory of the SPD in the Saarland elections, where the party received an absolute majority in the Landtag and was able to form a government alone.

For a short time, the idea of ​​German rearmament seemed like a panacea for German defence policy. Thanks to the new budget, the Bundeswehr would be able to strengthen the German military-industrial complex and purchase the necessary equipment from the Allies. Information about the problems of the mission in Mali was lost against the backdrop of news about the conflict in Ukraine, which continues to fill the entire media space. Forgetting Germany’s pacifist image, experts, journalists, the opposition, and even members of the government began to demand that the Chancellor approve the supply of heavy weapons to Ukraine. The main supporter of providing Kiev with German tanks and other offensive combat systems was Foreign Minister Annalena Berbock, the first Green Party leader of the German Foreign Ministry in 20 years, since Joschka Fischer. The Green Party is known for its pacifist and peace-loving attitude, but its leaders are again going down in history as hard-line militarists.

Two months later, emotions subsided, and ambitious plans did not receive any specifics. It remains a mystery to the public how the government will carry out the rearmament, how it will affect the German military-industrial complex and what kind of equipment will be purchased from partners. The Chancellor’s silence irritates voters: already more than 60% of Germans consider Scholz to be an insufficient leader.

Amid the Chancellor’s falling ratings, a logical question arises: do the Germans need a strong Bundeswehr at all? The dispute over the supply of German heavy weapons to Ukraine has split society as of mid-April, 43% of Germans are directly in favour of deliveries, and about a third of the population cannot give an unambiguous answer. There is also no unity on the future defence policy in the government. Rolf Mützenich, the head of the SPD faction, stated that some politicians “are concerned with something more than the security of Germany”. The Social Democrat alludes to the fact that national interests in Germany are often preferred to the narrow political interests. When the Free Democratic Party, which is part of the ruling coalition, did not support the SPD bill on mandatory vaccination for citizens over 60 in early April, the potential for conflict in the government became obvious and it will affect defence policy in the future.

A strong German army could create great division in the European Union. While Berlin plans to develop its military potential only together with its allies, for the eastern neighbours in the EU, Germany’s military leadership will become more of an obstacle than an advantage. In recent years, Poland has been striving to become the military centre of the European part of NATO and the main transatlantic partner of the United States in the defence sphere. When a discussion began in Germany about the future of US nuclear weapons on the German territory, Poland immediately announced its readiness to deploy American nukes. The law on the defence of the fatherland, signed in March, calls for a sharp increase in the composition and funding of the Polish army. The headquarters of the US European Command is in Stuttgart, but Warsaw will do everything to move it to the east.

In addition to tactical tasks, Berlin will have to answer the most important long-term question: What will the new foreign policy strategy look like, in which the military factor is increasing? The modern international image of Germany is determined by Western values. Based on the tools of soft power, Berlin spreads liberal postulates and sees this as its role on the world stage. The government maintains an extensive system of educational, cultural and scientific programmes; party-affiliated funds spend up to 115 million euros annually for the operation of foreign offices. Through its active exports and network of foreign trade chambers, Berlin professes the principle of “change through trade”. As the shutdown of the Nord Stream 2 project, deteriorating relations with China and difficulties in cooperation with Arab countries show, in the dichotomy of values ​​and interests Berlin often prefers so-called Western values.

The growth of the military component will not mean a rejection of the value policy. Annalena Baerbock is already working on a new security strategy in her department to act with a “value compass in hand”. The military strategy, in which liberalism prevails over realism, refers to the sad experience of American humanitarian interventions in Yugoslavia and the Middle East.

A scenario in which Germany seeks to fully rebuild its military strength would be costly. Berlin will be forced to constantly increase military spending, which will become especially difficult in an environment of high inflation and declining economic growth. The experience of Afghanistan and Mali, where the Bundeswehr has always played a secondary role, will not be enough. Unlike German politicians, the American establishment is accustomed to the fact that their country is constantly waging regional wars, and the use of force is one of the possible tools for resolving conflicts. The elites in Germany, on the other hand, have been brought up with the tragic memory of two world wars and complete US control of German national security.

In fact, the defence budget will most likely be spent on the purchase of American equipment, which will only reduce the military-political independence of Germany. The rearmament initiative will not increase the regional or global importance of Germany, but will be bogged down in internal political disputes and inter-party conflicts. 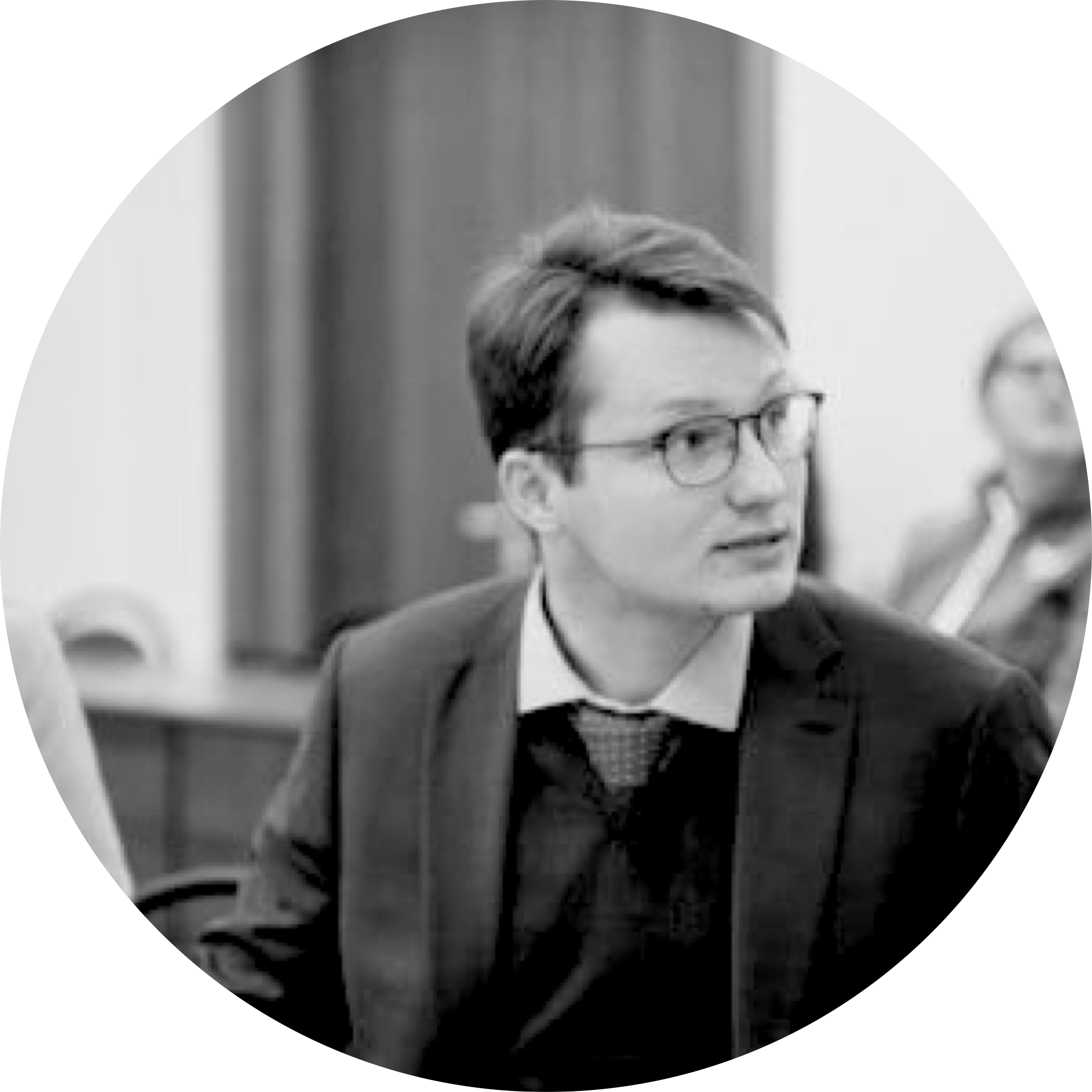