Tensions within Saudi Arabia and on its borders keep worsening. In the meantime, the young Crown Prince, who holds power over most vital domestic and external policies, continues multiplying mistakes.

As was expected, 2017 witnessed the two mutually reinforcing tendencies (that go back to 2015). First, Prince Mohammed bin Salman (MBS), son of the current Saudi King, held on to his course of strengthening his positions in power. Second, tensions kept increasing within the royal family in the face of the upcoming change of the order of succession to the throne. In June, by a royal decree, MBS was appointed Crown Prince relieving from this position Mohammed bin Nayef, the King’s nephew, who had been put in the succession line by King Salman himself in 2015 – most probably, temporarily, to maintain a facade. In November, in addition to all the other numerous high-level posts Prince MBS filled the position of the head of the National Anti-Corruption Commission. The latter was freshly established to become an official governmental body to push out of power every rival representing one or the other of the many clans within the royal family.

However, it is not the significant powers in the hands of the young prince that the ruling elite opposes most: it is his daring measures and reforms, especially his brash steps to revise the conservative religious foundations of the kingdom and the religious elite’s place in it. MBS’s intention to limit the powers of the Council of Senior Ulema (Muslim Scholars) as well as his promise to bring the kingdom back to ‘moderate Islam’ and a series of arrests of ultra-conservative proponents causes nothing, but resentment on the part of the powerful Wahhabi establishment. Moreover, it undermines one of the pillars of the Saudi state, whose basis was laid by the union between the families of Al Saud and Al Sheikh (descendent of Muhammad bin Abd al-Wahhab).

The only thing that seems to be keeping the situation within the ruling elite from collapse is the presence of King Salman, who is respected both in the royal family and among the Muslim scholars. The King aims to ensure his son’s positions in power – formally and informally, as it is vital to achieve while Salman may provide a back-up. It would be easier to accomplish were there any advances in foreign policy tracks that Prince MBS controls. Yet, his regional policies lack both a winning strategy and strategic vision.

Launched in 2015, the war in Yemen is far from complete, not to mention failure to achieve any of the principal goals. Rockets fired by the Houthis so far are being intercepted (yet, allegedly) by Saudi missile defense systems, however, they already reach Riyadh. The Yemeni capital remains under Houthis’ control. A hope for success in the Yemeni peace negotiations emerged with achievement of a compromise with Yemeni ex-president Ali Abdullah Saleh, who had joined the Houthis in the beginning of the war. Yet, Saleh’s assassination 4 December in Sanaa suburbs failed the hope. Negotiating with the Yemeni Muslim Brotherhood and associating with Al Qaeda (AQAP) as the only efficient power against the Houthis only drive Riyadh’s allies away.

Collapse of the unity of the Saudi-led sub-regional bloc – Gulf Cooperation Council – became even more obvious in 2017. The only GCC member that is actually participating in the war against the Houthis in Yemen, the UAE, exercises policies for its own benefit ensuring its own interests on the Yemeni Western coast and in East Africa – in defiance of Riyadh. In spring there was another outburst of the ‘Qatari crisis’ that had been smoldering since 2015, and even longer, despite Saudi’s attempts to make it look like it is not there. It is quite telling, though, that out of all Saudi Arabia’s allies, among GCC members, the UAE and Bahrein were the only two that severed their diplomatic relations with Doha, and each did it because of their national security reasons. In the meantime, economic blockade against Qatar has evidently failed. The Qatari state reacted by increasing its activities in Africa, South and East Asia, squeezing the Saudis out, in addition to intensifying its trade ties with Turkey and Iran and reforming its strategy of food supply. In the end, the ‘Qatari crisis’ of 2017 inflated by MBS turned out to be nothing, but another blow to Riyadh’s reputation. For its message to the whole world was that Saudi leadership fails even within the Gulf region.

Even more awkward in 2017 looked Saudi’s attempts to contain the growth of Iranian influence in the Middle East.
Riyadh’s policies in Syria and Lebanon, which are considered by Saudi Arabia key battlefields (along with Yemen and Iraq) to counter ‘Iranian expansion’, were rather inefficient. The Saudi-shaped delegation of Syrian opposition by continuing its sabotage of the peace process made the Geneva negotiations incapable. This stimulated the Astana format of Syrian crisis settlement, which is co-sponsored by Iran. And in Lebanon, the Riyadh’s blatant pressure on its traditional ally, Saad Hariri, forcing him to publicly announce his resignation, in fact played into the hands of Lebanese pro-Iranian forces.

In the process of driving Iran back to international isolation big hopes were set on Donald Trump, one of the most ardent opponents of the Iran nuclear deal. Yet, the US president failed to convince his European colleagues to break the deal watching European companies storming the Iranian market. In search of a strong ally to counter Iran Riyadh intensified its contacts with Israeli security services. It is a fact that Israel is the only natural ally to any anti-Iranian power in the region. However, it is impossible to convince ordinary Arab people, driven by anti-Israeli sentiments for over 70 years that it is Iran that is the ‘root of all evil’, not Israel. Especially not with the latest developments around Jerusalem.

Thus, another effort to counter the key threat to its national security turned out to become another Saudi reputational failure. To make matters worse, regional media, especially Iranian and Qatari TV-channels has made a big deal out of it, daily broadcasting to the Middle Eastern and international audience messages on regular Saudi bombings of Yemeni civilians. Hence another failure, this time in the media sphere.

In the near future Prince MBS is most likely to continue his blatant and myopic steps to ensure his positions in power. In domestic politics it will take new forms of pushing rivals within the royal family away from power and limiting power of the religious establishment. External actions will be concentrated around the only goal – to curb growing Iranian influence in the countries of the region, especially those considered traditional ‘allies’ by the Saudi leadership. Inexperienced and lacking strategic vision, there is a risk that MBS might carry out some reckless provocation against Iran.

While Saudi Arabia’s positions in the region are evidently weakening, a tendency becoming more obvious is shaping up of new more flexible alliances. So far, the two blocks – Egypt-UAE, Turkey-Qatar-Muslim Brotherhood – look most solid among these. Their ‘flexibility’ is first and foremost in absence of hierarchy in the core of their relations among them: none (and neither) of the members of the block has power to pressure the others (or the other). Their unity is in the shared goals, dictated by real – not just declared – interests, and in complementarity of their resources, i.e. military, political and financial. ‘Flexibility’ has become the key characteristic of successful regional policies in the Middle East. It also manifests itself in policies of some of the Middle Eastern powers that have learned the art of selective cooperation, having realized they may successfully interact, compete and feud with one another in various spheres at the same time. Among the most obvious examples of such policies are relations between Qatar and Iran, Egypt and Israel, Iran and Turkey.

This ‘flexibility’ is another quality Prince MBS’ policies lack. This causes the weakening (albeit temporary) of Saudi regional positions, which may get exacerbated by the looming crisis of the power struggle within the Saudi royal family and the religious establishment. 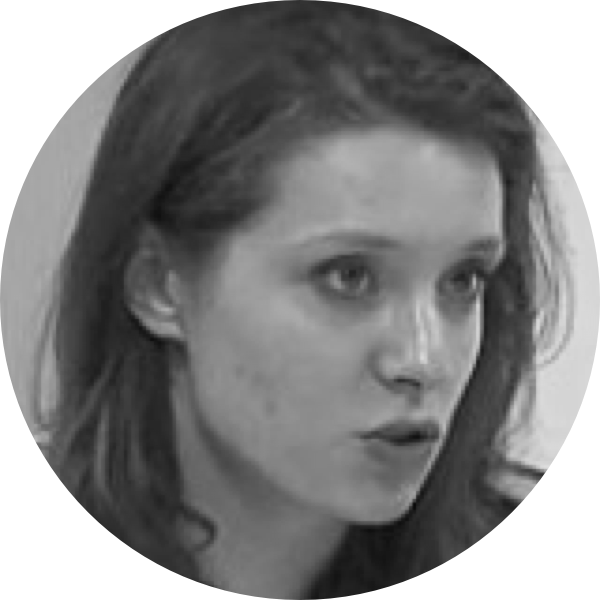