Over the past month, Theresa May’s government has crafted a narrative that harks back to Great Britain’s greatest contributor to Cold War psychological operations — Ian Fleming. The media coverage of the Skripal case, the alleged chemical attack in Syria, and the military response to it play into London’s hands geopolitically by making Britain internationally relevant at a time when its divorce from the EU demonstrates the exact opposite.

The compensatory psychological value of “the Bond moment” goes back to Britain’s rapid imperial decline during the 1950s. Ian Fleming’s first James Bond novel, Casino Royale (1953), appeared amidst Britain’s traumatic search for a new post-imperial identity as a second-rate power squeezed by two new global hegemons: the US and the Soviet Union. The anxiety of irrelevance was becoming so strong that the conservatives under Winston Churchill ran the 1950 election campaign with the slogan “make Britain great again.” Caught up in the imperial implosion, Fleming became its great memorialist, fantasist, and emollient. Through the devastated landscape of post-war Britain walked a symptomatic totem figure: James Bond. As an antidote to the post-imperial doldrums, this British warrior lead the charge against the overwhelming forces of an evil empire with the Americans as junior partners rich in money but lacking in experience.

At a time when Britain is going through a painful divorce from the EU—a self-inflicted shift towards irrelevance on ‘the continent’—May’s government has adopted the twin role of victim (of Russia) as well as the Free World’s bulwark against a comically grotesque villain (Vladimir Putin). Fleming would be proud. As Bond puts it in Casino Royale, Le Chiffre’s evil “was creating a norm of badness by which, and by which alone, an opposite norm of goodness could exist.” The West has spoken much about the Russians breaking international norms, but eventually history will judge how much Western border adjustments (in Kosovo), invasions (Iraq), and regime change experiments (Libya and Ukraine, to name just a few) triggered the unravelling of the world order that the West itself established on the ruins of the Second World War.

The parallels with Bond’s arch nemeses are too obvious to miss. According to London’s narrative, Russian President Vladimir Putin decided to make a global statement by ordering the elimination of a former spy, although he posed no threat to Russia, having been exchanged for Russian operatives. The plot was needlessly and self-defeatingly elaborate. By one account, a military-grade poison was smothered on an outside door handle (in a country known for its rainy weather) but did not take effect until several hours after the intended victim came into contact with it. Military grade poisons are usually designed to work instantly, to prevent the enemy from fighting for hours after being poisoned. In the end, however, the plot failed, but British intelligence reconstructed and exposed the conspiracy before the eyes of a stunned audience. And both victims recovered from a poison deadlier than VX. A happy ending indeed.

Great Britain’s current withdrawal from the EU is the beginning of a search for a new identity beyond the EU. London’s increasing irrelevance in Europe will inevitably lead to a closer geopolitical relationship with the US that will resemble the dependence of the late 1950s when Fleming portrayed James Bond and the government he served as the leaders of the struggle against communism. Meanwhile, French president Emanuel Macron seems to have recognized his chance to outmaneuver Berlin and assert French geopolitical primacy within the EU as Washington’s new closest continental ally. This would explain the competition between London and Paris over who would cooperate closest with Washington in punishing the Assad regime over the alleged chemical attack in Douma in early April. There was as much geopolitical jostling within the triumvirate that launched the missile strikes on Syria as there was genuine single-mindedness.

In the end, however, no overall strategy seemed to guide the decision-making process in Washington, London, and Paris. If anything, the attack played into Russian and Iranian hands by reminding Assad how precarious his security remains. Just as he began to feel comfortable at the current victorious turning point in the civil war, the Western Sword of Damocles sent a clear reminder of just how dependent a client he remains. In the 1950s, Nikita Khrushchev’s government gained allies by championing de-colonization in the Middle East. Putin is attempting something similar by championing national sovereignty.

In the absence of any hard evidence to support London’s cases against the Kremlin and Damascus, democratic societies are running into the problem of spectacles of secrecy that played such a prominent role in the spy scandals of the 1950s. The emerging Western security states at the time expected the public to trust in the existence of secret evidence proving guilt. Convenient for the intelligence communities fighting the Cold War—and each other for budget allocations—this also undermined the original liberal conception of the democratic state as a marketplace of ideas open to debate. Today’s world has plunged even further into the realm of faith-based foreign policy, which will only contribute to the conspiracy theories that thrive on secrecy.

In the 1950s, the Bond series became a compensatory drug to revelations about the true extent of Soviet penetration of Western intelligence communities and governments. Fleming’s novels (and then the films based on them) formed an elaborate double act whereby ‘spy mania’ fueled enthusiasm for Bond while enthusiasm for Bond led to ever greater hysteria about moles and hidden agendas. The proliferation of security state-themed shows on American and British television over the past decade and a half indicates that public tastes are rediscovering the wonders of a bifurcated world—the surface reality of the public sphere that is false and the hidden reality of the security state that is real.

This may leave the Western public increasingly limited in its ability to evaluate or influence the decisions of its respective governments—neither of the three Western leaders who ordered the attacks on Syria bothered to secure parliamentary approval. But it will empower those leaders to boost their popularity by constructing narratives that distract their voters from the real issue facing the international order—the rapid de-Westernization of geopolitics after five centuries of Euro-Atlantic hegemony and the liberal world order’s tortuous adaptation to this tectonic transformation. 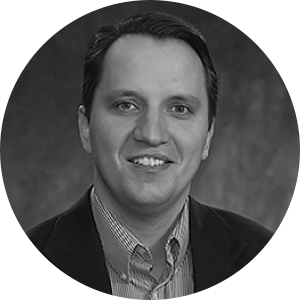 Article
How the Pandemic Could Impact the US Elections
Authors: A.Sushentsov
Read more
More insights